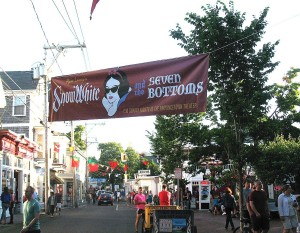 Summer is in FULL swing here in Gay Old Ptown.The time of year when all the butterflies fly back to New England taking the form of people,making it beautifully enchanting place to be. Even the dogs live an enchanting life now that they have a hotel of their own! Of course the beautiful season is more enchanting because Ryan Landry and the “Golddust Orphans” just opened their SMASH new musical based on the classic fairy tale “Snow White”. I sat in on a rehersal and what a rehersal it was! The caliber of talent,professionalism and magic are not to be believed – the sets by Windsor Newton are truly amazing.The music will more than get you heart and toes tapping to a new beat.The choreography is truly out of this world; of course the acting and stylized special affects are always truly something to behold, but I truly came to see the costumes! 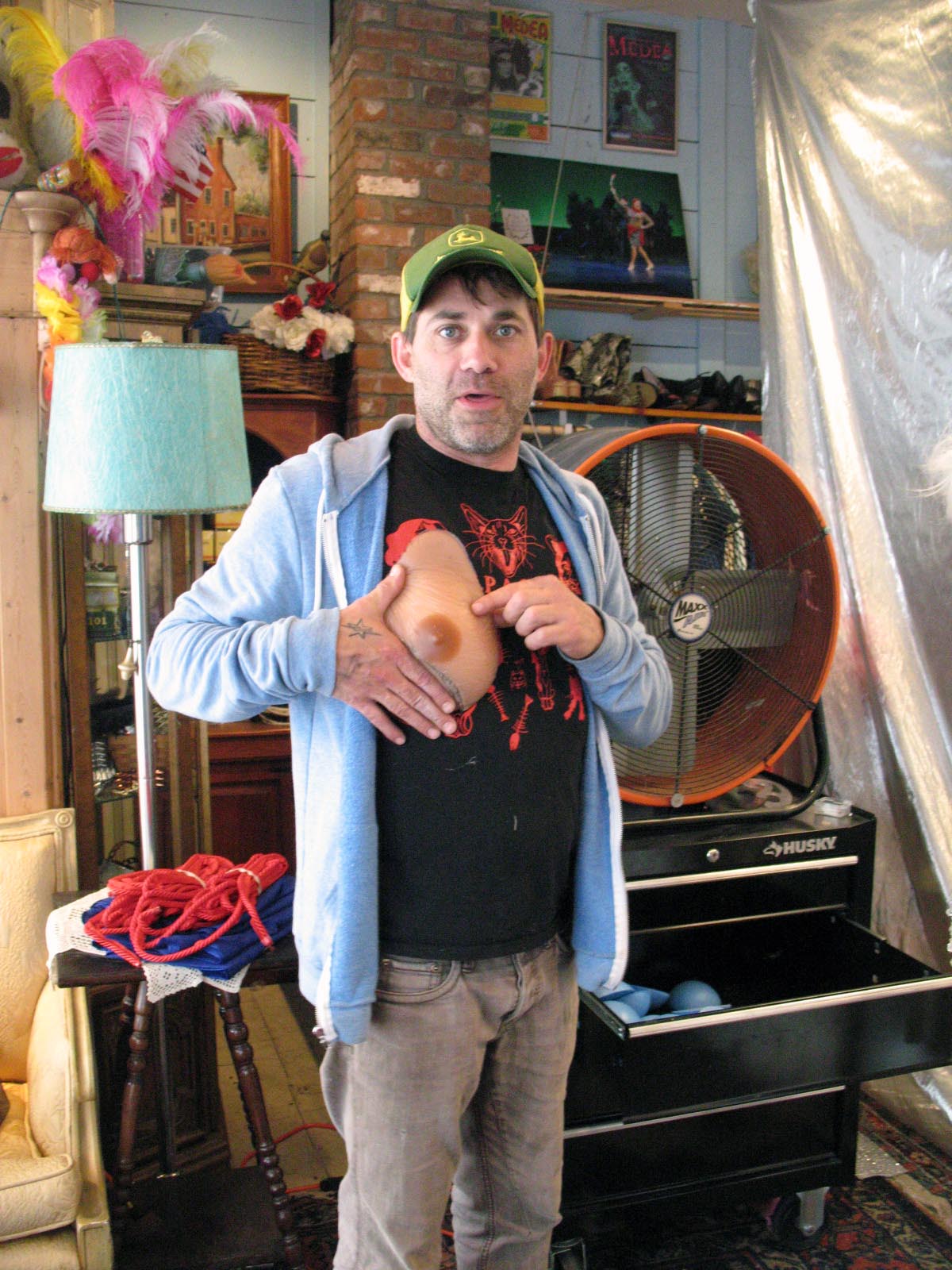 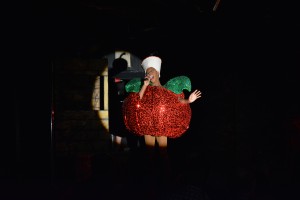 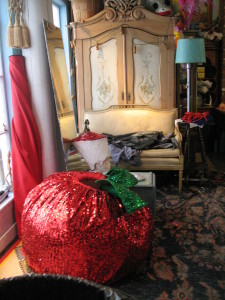 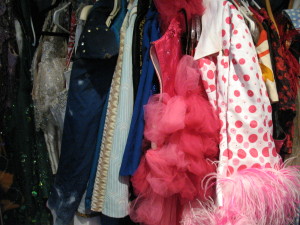 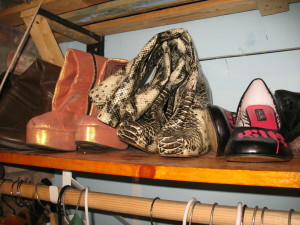 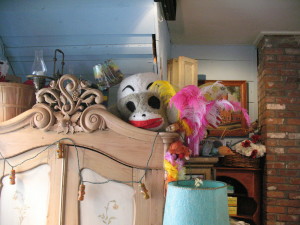 Amid the kerfuffle, I had a chat with costume designer extraordinare and “Elliot Award” winner Scott Martino at his studio tucked down an alleyway,just off Commercial Street. He was busy “touching up”some last minute details and gearing himself up for another “Opening” and the Season ahead.He is the costumer for the “Gold Dust Orphans” and each year, he cranks out an amazing number of costumes for the entire troop .What a job ! Imagine if you will Edith Head dressing Godzilla to play “Mary Queen of Scots”. His tools range from a sewing machine to paperclips and there is nothing that will not be used to make a costume happen.His work is truly amazing.,not only are the costumes made by him, they are always unique and often on that cutting edge of Art. He began making costumes for himself to go out dancing while attending Parson School of Design,NYC and you might say he has never stopped. 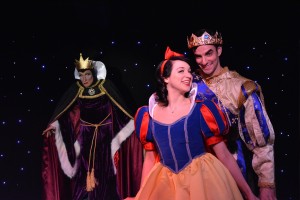 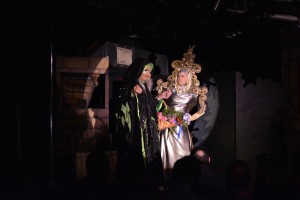 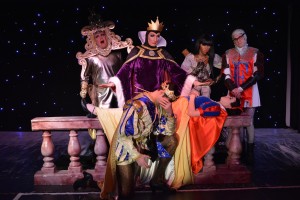 After many years of hard Work,Drama and putting one foot in front of the other Scott and the rest of “The Orphans” have become Legendary performers in Boston, NYC,San Francisco and Ptown. This Summer is proving to be the best Summer Ever for Ryan and the Gang . Amid the flurry of new shows in town,the cream has risen to the top and we are so lucky to get to see these clowns on and off stage.This Summer you are in for a real treat.”Snow White and the 7 Bottoms ” will have you howling in the aisles. Ptown changes each and every year,but a few things remain the same and lucky for us, Ryan Landy and Scott Martino and the rest of “The Golddust Orphans” go on and on,thats one of the things we all hold so dear here in Gay Olde Provincetown!

To find out more about “Snow White” Click Here: http://www.brownpapertickets.com/event/692865