Speaking of ART with Sian Robertson

Why does Art mean to you?
It’s nourishment, whether I’m creating it or looking at other people’s work.  It’s something I just have to do. It’s as necessary to me as sleeping or eating. 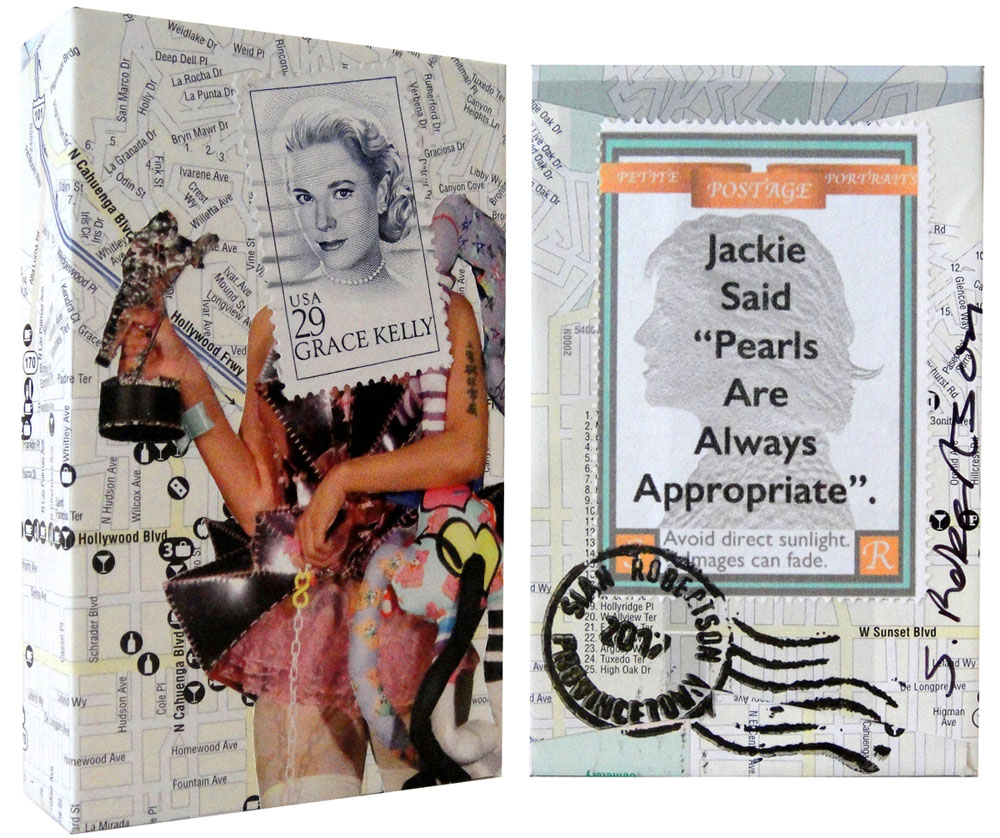 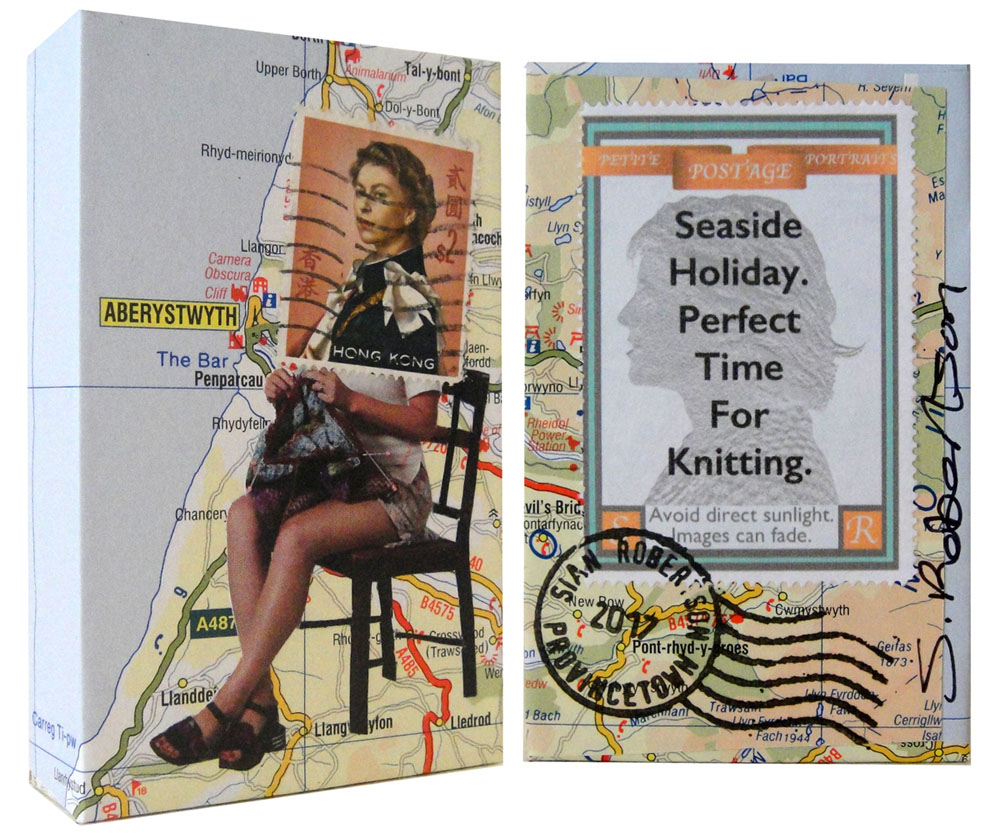 What was it about Collage that drew you to the Medium?
Collage is a very accessible medium – if you have scissors, and glue, and a magazine (and really, who doesn’t?), then you’re good to go. When I was a kid, maybe early teens, I would make these really big collages out of magazine images that appealed to me, all stuck on the back of leftover rolls of wallpaper. There were always rules – maybe every image had to have something blue in it, or all the images had to touch and create a chain, or whatever I thought of that day. I don’t paint or draw at all; brushes and pencils scare me – I don’t know what to do with them. I don’t know how to recreate an existing object in a 2D form, or capture a landscape, or a portrait. But when I see unrelated images that feel right together, then I just can’t help but cut them out and stick them somewhere. Or when I see a map my brain instinctively starts figuring out which areas could be removed, which shapes or colors would be best left behind. I just love the slow, evolution of the piece. How each page becomes like lace as I cut it up and the end result starts to reveal itself to me. I’m not sure if this recent work with maps can really be called collage, as there’s little or no glue involved. I call them excavations because I’m cutting out specific areas and removing them. But it’s still with a knife, which is definitely the art tool I’m most comfortable with. 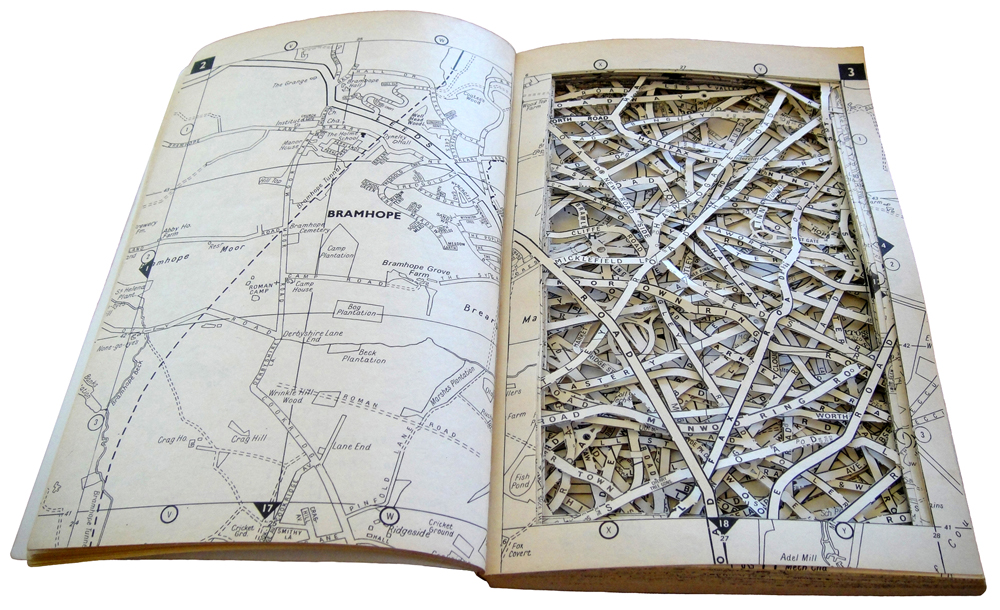 Was there an Aha! Moment when you knew you were an Artist?
Yes; when I woke up the morning after my first solo show. Up until then I’d had amazingly supportive friends, and Adam and Marian Peck had invited me to be in their gallery but that night was a transformative experience for me – seeing a whole body of work that I had created on the walls of a gallery, and feeling that it was worthy of being there. And when I woke up the next day I was a different person and I just knew that from that moment forward I was going to spend as much of my time as possible creating art. This was no longer a hobby; it was who I am.

Who is you favorite Artist and Why?
Tough to say, I have so many…

Of the famous ones, Picasso would certainly be on the list – just breathtaking, all of them. In particular I remember the first time I saw Guernica – I’d never heard of it before but my mum took me to Madrid when I was maybe 20 and I walked into a room in the Prado (this is back in the days when the painting was still at that location) and there it was; huge, and amazing, and full of gut wrenching heartache and the horrors of war, and I’d never before been so moved by a piece of art. And the Las Meninas series has been a major inspiration for me; the whole concept of honoring another artist’s’ work, and of taking an idea to an extreme conclusion.
And then there’s Matisse. And Modigliani. And Bosch.
And of the less famous ones, I’m really drawn to people who do amazing and obsessive things with the simplest of materials. Liza Lou who created a life size kitchen entirely covered with millions of tiny glass beads. I mean, who does that? It’s just the best thing ever, and I’ve never even seen it in person. Robert Rindler, a Cape Cod artist, who had the most incredible show at PAAM where he did an installation entirely created from plastic objects found at the Outer Cape transfer stations, all sorted by color and shape and other rather random criteria. I was mesmerized when I saw it; it was just so overwhelming to me. Last year I saw an installation by Geoffrey Farmer at the ICA in Boston – sort of 3D collages; more than a hundred funky little people with lots of heads and arms, and animals and stuff. It’s hard to explain but suffice it to say I couldn’t breathe when I walked in there. And Anton Henning’s Octagon. And Rachel Perry Welty’s Lost In My Life Series. And Antoni Gaudi who covered half of Barcelona in mosaics. And Fornasetti who created art for everyone by decorating fabrics and dishes and household objects with his own unique designs. And pretty much anything Andy Goldsworthy creates. Oh, and when I went to Edinburgh to see Judy Chicago’s Dinner Party in my very early 20s. The list just goes on and on…
But if I had to pick just one it would be David Hockney. When I first lived in London I loved to go visit Mr. and Mrs. Clark and Percy at the Tate (now the Tate Britain). I’m very drawn to all of Hockney’s work, but most of all I just so admire his constantly evolving creativity. Drawing, painting, photo collage, video installations, iPad drawings… he is unstoppable and constantly creating art with the latest materials be they acrylic paints, Polaroid photos, or digital software. He just turned 80 a few days ago, and he still creates art pretty much every day. 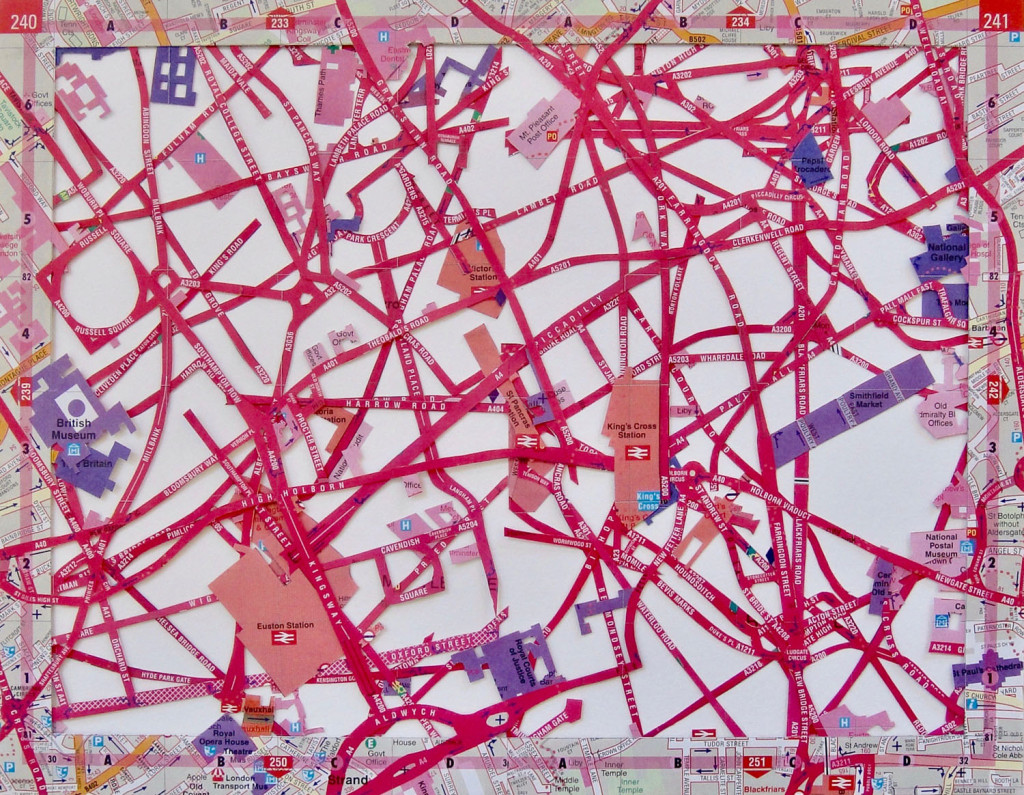 What is it about Cape Cod and P-town that has always attracted Creative People?
I think the Cape does attract creative people, maybe because of the light and the general enthusiasm for the artistic spirit and the fact that once all of us misfits get to the tip there’s nowhere further to go without drowning, so we all just end up staying here. But for me personally, I think that it’s being at the tip of the Cape that allowed me to see artists as regular people. I’d go to member shows at the Provincetown Art Association and Museum and I’d see pieces by people I knew; friends, acquaintances, the person who sold me stamps at the post office, or waited on me at a restaurant, or poured my beer at a bar. Suddenly artists were ordinary people. People not unlike me. And that is absolutely what first gave me the courage to join PAAM, and submit pieces to shows, and things just moved forward from there. I really do wonder whether or not I would have ever seen myself as an artist if I had never landed in Provincetown. 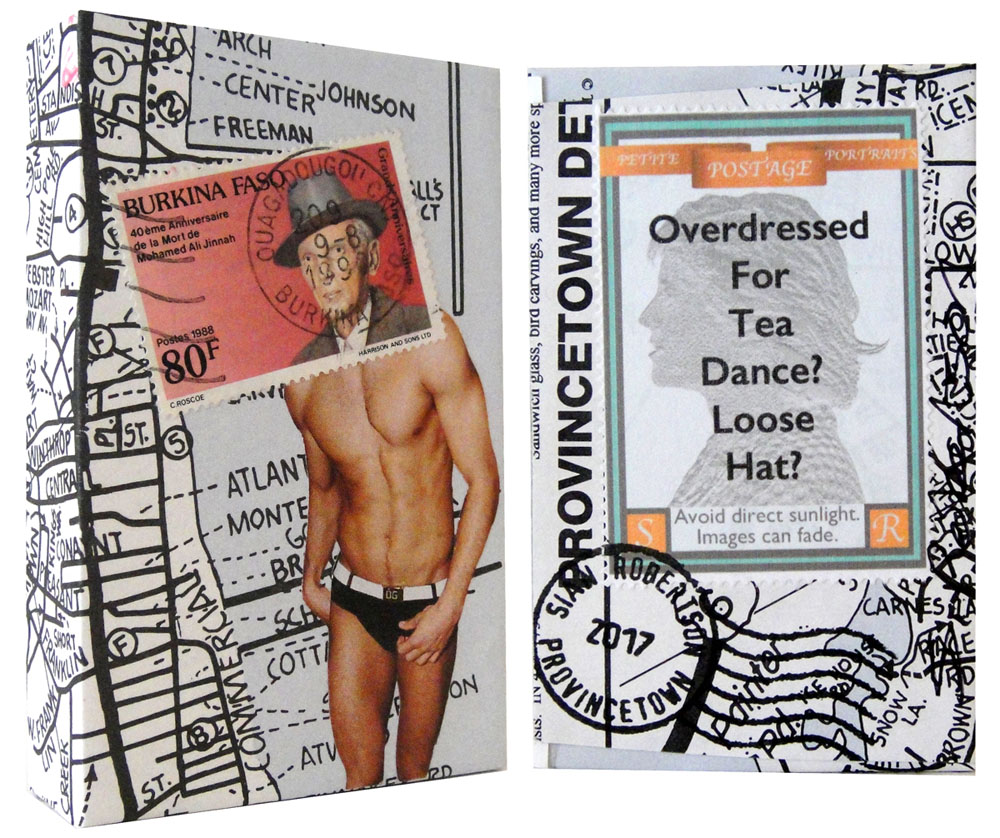 Sian is another of us misfits who knew after the trip there was not much more else, so she stayed and created a reality all her own… I for one am glad that she and so many others did. Without it the world would still spin on its axis but it would be a much less interesting place…