Sometimes LIFE and LOVE and ART take us into many different realms, often one leads to another. Recently I had a chance to find out how the journey Olivier Jamin Changeart is on has changed and what is ahead for this creative chap… 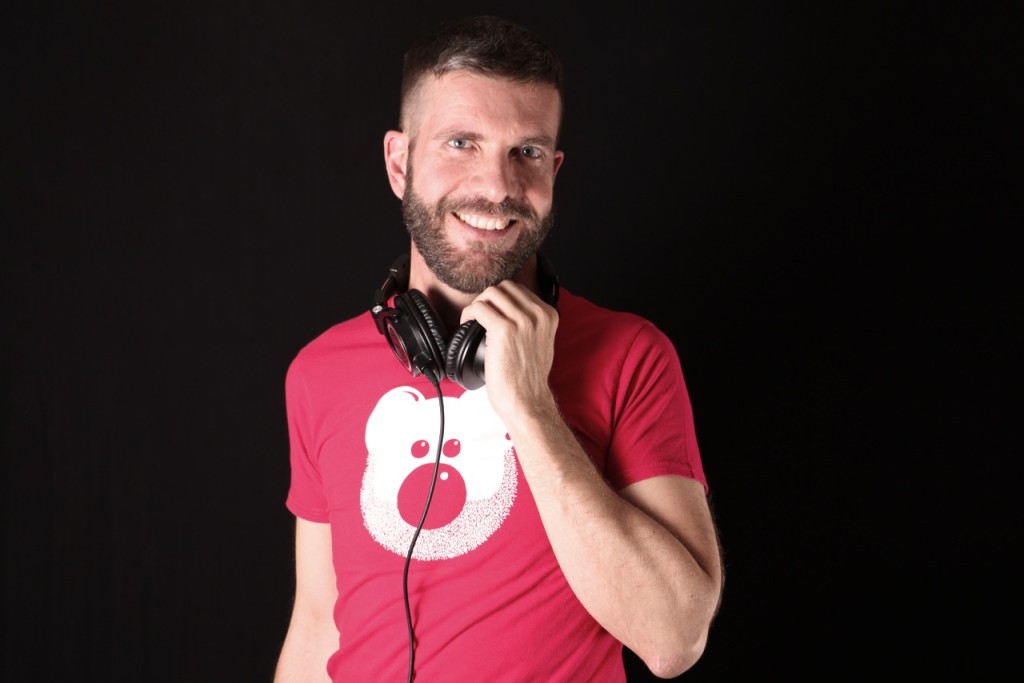 What inspires your creativity?

I would say my creativity is driven by multiple factors.

Everyone’s life and decision is driven by it’s own core values. Core values define who we are and how we interact with individuals. Mine are love, honesty and curiosity. So I would say that interacting with people and pleasing my audience drive my creative process. My goal is to get to an intimate level with the listener, to trigger emotions and ultimately to create an experience of interiority.

As a former acoustic engineer, I understand the physics of a sound wave, how it propagates into a space.  I also know how to manipulate waveforms and to combine them to create more complex sounds or textures. Part of the creative process is to carefully pick various sounds or real instruments so they interact nicely to each other’s. I like using synthesizers like SERUM for instance and spend 10 minutes to ‘sculpt’ a sound, to make it exactly the way I want so it’s unique, surprising and intriguing. As an architect, which I became when I moved to the US ten years ago, I can easily cite many similarities between architecture and music.  They can be paralleled in many more ways than one.
Rhythm, texture, harmony, proportion, and dynamics all are tied into the arts in some way and I think about all of them when composing.

I spent my entire life listening to many different genres of music and they clearly continue to influence my creative process all the time.
It started with my parents who used to listen to only classical music. Then I inherited from my uncle, who disappeared too fast, an entire collection of vinyl records. I was 10 years old and by buying vinyl records I discovered the music from the 60’s and 70’s with an entire world of new sounds I had never heard before. The incorporation of electronic and experimental sounds was something totally new for my ears. I still love using the sonorities of these old synths sounds. Thanks to my father, I  learned to play with piano in a Classical Style…which added another level to music for me.

How do you think technology has changed what you do?

When I bought my first music workstation in 1989, I was 19 years old. I was playing the piano pretty well and was sometimes improvising but I had no clue whatsoever about how to produce electronic music.  Having such equipment combining a sequencer, a midi keyboard, a FM synthesis and a rhythm machine was revolutionary for me at that time. I was able to write music using sounds that I could modify instantly. Basically, I had an all orchestra accessible at the tip of my fingers. Five years later I decided to upgrade my music workstation. Technology had greatly improved, leaving much more space in the creative process. As an example, the number of recording tracks had doubled, from 8 to 16, allowing myself for explore layering and bring more variety, depth, and richness to my composition. At 27, I moved to Paris to start working full time as an acoustic engineer. I left my piano in Toulouse where I grew up and brought with me my 5 octaves keyboard. That moment also corresponds to the time I stopped creating music. It lasted 20 years.In 2007, I moved to the US with my husband and became an architect. Between school and work, my schedule became insane for 6 years; I had no free time at all.
A few years after I graduated from the Boston Architectural College. I had a middle life crisis and challenged myself about my career as an architect. Through some personal introspection and the devastating loss of my beloved parents, my passion for music came back in the spotlight. I decided to give it a try and to become a music producer. I am giving you some insight about my professional background because I think it’s important to understand that when I decide to pursue music production full time, there had been a 20 years gap in music technology that I had totally missed. Last September I bought a new music workstation and a midi keyboard to start composing again, I was literally blown away by their feature and possibilities. I discovered how much technology had greatly improved in terms of efficiency, cost, creativity and time. The barrier between the artist and big name labels that once held all the power when it came to recording your music. Now the power of recording a professional quality song is in the hands of anyone who has access to a computer.
And Internet of course, which was at its early stages in 1995,  allows now infinite possibilities in terms of learning, collaboration with other artists, promotion, and monetization of our own creations.

If you could have a chat with any other artists alive or dead, who would It be and why?

My first answer would refer to classical music composers and I am thinking of two in particular:

Mozart who was a brilliant musician and an incredible composer. He had a gift to write very simple musical phrases and melodies that were so pleasing and joyful for the ears. I am pretty convinced that a good song needs a solid progression chord or a catchy series of notes to be successful and I would ask him what was ‘his recipe’?

Debussy would be my second choice. His music is characterized by colorful and sensuous harmonies, exotic tone colors, and tonal ambiguity. He invented unusual scale pattern to create these ‘impressionism’ atmospheres. That is brilliant because these sonorities he invented trigger a full range of emotions, at least to me.

This is how I think when I create music. I want to evoke mood and atmosphere rather concrete images.

Then, in chronological order, I would jump a hundred years to meet, and this time in person, Jean-Michel Jarre. To me he is one of the pioneers of electronic music.  This extremely talented musician and producer elevated the synthesizer to new peaks of popularity. His genius was to popularize electronic music by producing massive open-air concerts. I would have so much to learn from this guy. Moby would be next. Besides being a DJ, songwriter, composer and a photographer, he sometimes performs lead vocals in his tracks. I love melodies, I love the piano and found his album ‘Play’ superb. And then the last one I would choose, although the list could be endless, would be a French electronic musician named Worakls. He learned the piano with a classical background and he is a true inspiration to me. He is very successful these days and part of it is because his music sounds different. His melodies are wonderful and powerful, very symphonic.  He collaborates with musicians a lot and this is something I am aiming to as well.

Why do you think that Ptown has always been a haven for creative people?

My husband and I discovered Provincetown for the first time in 2007, the year we settled in the US. At this very moment, we fell in love with this piece of land and the incredible sense of gay community that is unique on this planet. Like many of our predecessors who started settling in the 1920’s and ‘30’s as artists, writers, dramatists, poets, romantics, and journalists, there are a few reasons why Ptown can be a source of inspiration. Beauty reveals creativity and Ptown natural beauty, particular light of ‘aura’ and relationship with the water constantly stimulates our imagination.
Also it’s location at the tip of the cape procures a sense of isolation and I think solitude and the ability of shutting down from the outside world is necessary to get creative work done. Even in the Summer when Ptown has a flamboyant street scene, I found it fairly easy to escape from the turmoil of Commercial street and get lost in the dunes or in the Cape Cod National Seashore with almost no-one around.
Then the long winter season comes. It can be rough; this sense of isolation is even stronger and artists have to focus on themselves more than usual and I am convinced that great art can exude from that struggle. Finally, I would say that the artistic energy itself can drive the creative process. Being stimulated, confronted with other creative minds emulate our own capacity to invent and to imagine new techniques.From my experience, Ptown can offer this palette of unconventional and open-minded people where ideas can be exchanged.

From France to Ptown people are feeling the magic of that special place a tiny town a the very tip of one of ape Cod and shines out in the  WORLD around it. These days we ALL need some of that glow, and Ptown keeps shinning no matter what!