Speaking of ART with Fermin Rojas

Summer has been going along at a rather rapid pace! Politics, Drama and Daily Life, are colored by the world around us. Now more than Ever there seems to be a need for building bridges across the globe, not of brick and mortar but with understanding and sharing! 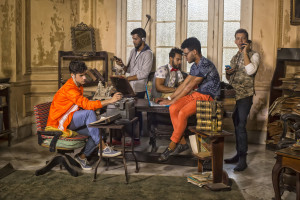 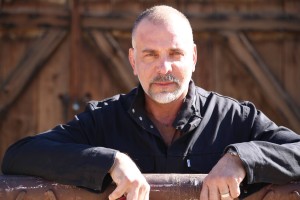 In a few words, let us know what you are doing in Cuba….
As a result of a previous documentary  I did in Cuba, I began to feel the need to contribute something to the history of my country.  A legacy if you will.  The answer was very obvious.  I had sung with and developed show for Miami Gay Men’s Chorus for ten years.  So, I thought, “let’s make a gay men’s chorus in Cuba”.  What started out as a very simple idea, has taken on a life of it’s own.  Mano a Mano is not only Cuba’s Gay Men’s Chorus, but they are also the only independent gay civic organization on the island that has been accepted and recognized by the Cuban government. Through the language of music, they may be paving the path for more independent civic organizations in Cuba

Was there an Aha! Moment in this process, when you knew you were on to something very good?
Yes!!  In the fall of 2015 M2 was asked to perform in one of the most prestigious song festivals in Cuba, The Leo Brouwer Festival, Les Voix Humaines.  Leo Brouwer is a world renown guitarist and musician and the festival hosts the likes of Yoyo Ma, Sting, Hilliard Ensemble, Take Six, etc.  The maestro presented us with the challenge of presenting an all afro-American 30 minutes a cappella program for which we developed a tailored program ranging from American black spirituals to a 22 soul song medley we commissioned from the very talented Michael Holland in New York.  I had no idea how audiences would react to Mano announcing they are a gay chorus and secondly whether the repertoire would land.  Before they had sung the last note the entire audience at the Bellas Artes Theater stood up in masse and began clapping, screaming and shouting for more.  At that moment I knew we had something really special.  That I wasn’t altogether crazy.  LOL. 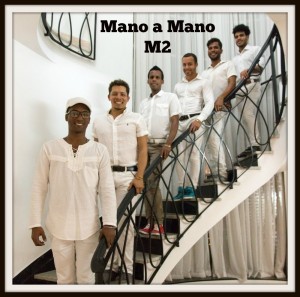 How do you think the recent openness between the USA and Cuba will affect what you are doing?
The openness between the two countries has definitely made our work more manageable.  It has also elevated the dialogue of Mano’s mission to bring more awareness of LGBT rights and community in Cuba.  We are able to bring more awareness to each country as to LGBT rights are handled.  I think LGBT issues can serve as a bridge of commonality to deepen the relationship between the US and Cuba.  As an example, there is a law in Cuba that people cannot be fired from a job for sexual orientation.  Some may argue that laws in Cuba are meaningless due to limited civil liberties, and that is not without merit.  However, the law exists at least in principle.  I wish we had that law in the US.  I also think that Cuba and the US working together can be leaders in the fight for LGBT rights in the Caribbean.  An area where we are vehemently persecuted.  As an example, Jamaica who has a deplorable record on LGBT rights. 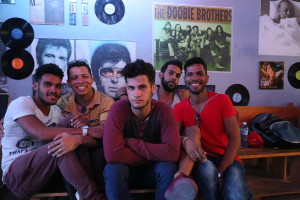 What is about Cuba that you would like the World to know?
The people of Cuba are not defined by government.  Cuban’s are warm and loving  people.  The arts in Cuba are appreciated and almost venerated.  Their many challenges that face Cuba today that are very similar to those in the US – cuts in funding for teachers’ salaries, the medical services.  The things Cubans and Americans have in common far outweigh the differences.

Where do you see the chorus in 10 years?
The vision of the members of Mano a Mano is to retain the group of six as a professional performing group that will travel the world and promote LGBT rights and awareness of the LGBT community in Cuba.  Also, to expand and as a community-based chorus in Cuba to serve as a civic organization. 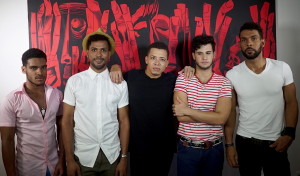 Will you be featuring Cuban music only?
M2’s repertoire ranges from true choral works to pop favorites to Cuban classics – but all with a twist.  The artistic vision of Mano a Mano is to bring music to Cuban audiences that may not be well known in Cuba, bring Cuban music that may not be familiar to American audiences and re-imagine traditional and pop pieces.  We are also doing original works.  In 2015 we collaborated with Grammy Award winning musician and producer Andres Levin (of Yerba Buena fame) to turn out M2’s first CD – Mano a Mano Volume 1, First Hand.  The CD is an EP consisting of three original works (2 by Latin Grammy winner Chris Hierro and one by Latin Grammy Hall of Famer Claudia Brant).  It also includes a very cool, Cubanized cover of Karma Chameleon which I translated into English (and got approved by BMG Music).  Then Levin turned out an amazing production with the top musicians in Cuba.  All produced and recorded at BM music studio in Havana.  Very exciting stuff. 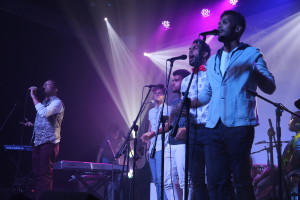 So glad to see that while some people want to build walls between people, others like Fermin are building bridges….

The amazing thing about a place like Provincetown is the magic that is created there can survive and even spread out into the larger world and help to make this world a better place for us all!

To find out More About Mano a Mano Click Here: http://www.cubanmano.com/