Speaking of Art with Jay Critchley

By M. Sebastian Araujo
NYC has Warhol… and Provincetown has Critchley!
Artist, Writer, Performer and Founder of “The Swim for Life”. I recently had a chance to catch up with Jay
while he was thawing out his toes after his annual” Re-Rooters” New Year ceremony in Provincetown
Harbor, where everyone in town ends the old year by lighting a floating bon fire and sailing it out towards the horizon taking with it good vibes for the Future!
The well spring of Creativity in this Renaissance man never seems to stop ! 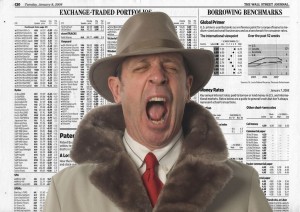 What in the world around you affects what you do ?
I grew up outdoors in Connecticut. With nine kids, my mother’s mantra was, “Get out of the house!” The drama and unpredictability of New England and Cape Cod weather and landscape are in my DNA. My concern for the Earth’s sustainability keeps me appreciative of each day I have to revel in its splendor. It’s about quality of life for all, including environmental justice, inequality and countering the uber-capitalistic tendencies of our “democracy.” Speak the truth, spread the joy, and let your hair down (what’s left). 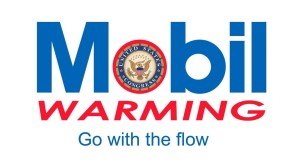 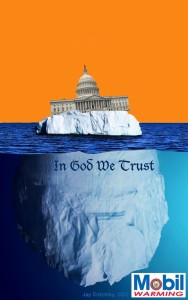 How do you feel technology may have changed the Art scene today…?
I’m still adapting to the telephone! …the personal is planetary, not digital. Our bodies are microbes not nano-bites. Technology often becomes an end in itself, like being on a continuous cruise ship without any destination, like the infamous NYC garbage barge in 1987 that was destined for North Carolina but was turned away and cruised around unwanted anywhere for six months until it ended up back in NYC. A metaphoric Ship of Fools! But it returned, chastened.

What makes people respond to what you do?
Often they have no choice. My work appears in unexpected places – parking lots, shopping malls, motels, newspapers, condoms, cars, a bathhouse, the beach , the water… 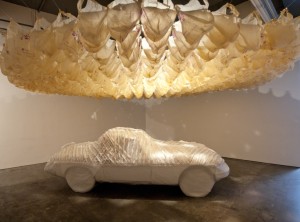 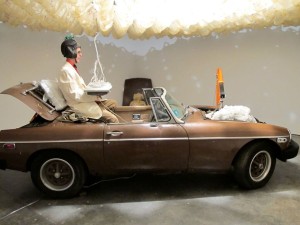 Was there a “shining light bulb” moment in your career when you realized that you were an artist? If so what was it?
I came out as a “born-again” artist at the age of 33. My first project was installing a series of cars in Provincetown’s waterfront parking lot. It’s what people see when they get off the ferry – a gigantic parking lot. It was the Sand Car series, from 1981 to 1984, called “Just Visiting for the Weekend”: a sand incrusted car, the Sand Family, a sand “fulfilled” car and a sand-blasted car. People started calling me an artist and I was just having fun playing with the cars and the sand and being delighted with the public’s response, including the Board of Selectmen, who wanted to have it removed because it was a “threat to life and limb”. 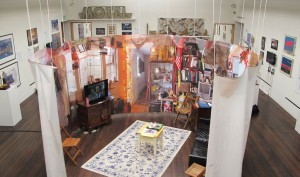 How do you begin your creative process?
I get up in the morning, breathe, eat breakfast, maybe read the paper, check emails, go out to the garden or check the weather outside, come in, look at my to-do list for the day, ponder, maybe write some thoughts, go for a bike ride or a swim or cross country ski, and tackle some of the items on the list: go to post office, hardware store, food shopping, scour the beach for detritus after a storm, write a proposal, contemplate assorted objects and materials… 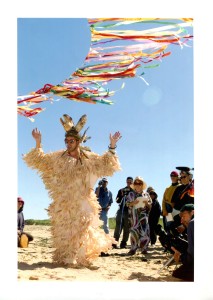 What is it about Provincetown that keeps you and other Artists either living there or coming back again and again?
I fortunately own a house here, otherwise I’d be lost in some Un-Provincetown world – an outlier! Of course the reason I moved here was to escape – to the edge – and I was drawn to the exquisite, protected landscape and ocean – an unending outdoor playground. Unfortunately, the shrinking population here due to unfathomable real estate prices has engendered castaways of artists and families – ex-patriots, who long for their homeland (or Homo-land). This dynamic creates a mythology about our peculiar, compact community that provides inspiration whether you live here or not, and a desire to return whenever possible. A crossroads. 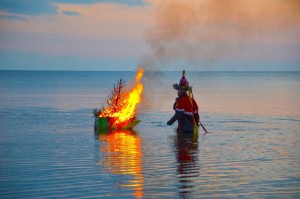 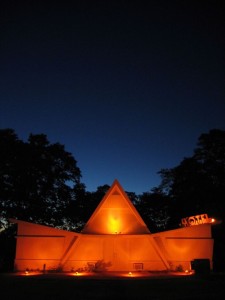 Art as Life is something we often see when we look thru the glass of history ,how groovy is it that in P-town a chap like Jay Critchley lives and works on his vision of not just what is, but what might be….I think it’s a very groovy thing indeed.
What would this world be like without places and people like this? Well Luckily even those of us who are not there all the time can find it out on the very tip of the known world…..still clinging to the crooked rocks and holding its own!