A motel with a view 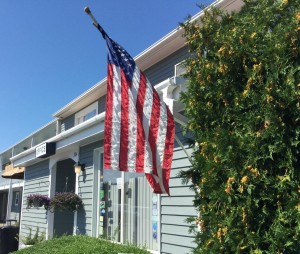 Peaceful and calm, the gentle light of Cape Cod sets off the charm of  Cape View Motel.
Cape View Motel is a special place. Situated on the highest bluff in North Truro, the motel offers a splendid panoramic view of Provincetown and the bay; perfect for watching spectacular summer sunsets.

END_OF_DOCUMENT_TOKEN_TO_BE_REPLACED

Sightings of velour tracksuits, giant earrings and shoulder pads can mean only one thing – Provincetown’s Carnival Week extravaganza. This year’s theme “Back to the 80’s” will have everyone adding “Thriller,” “Sweet Child of Mine,” and “Papa Don’t Preach” to their vacation playlists.

“Crazy Train” might be the perfect description of Carnival Week in Provincetown – the first and longest running festival of its kind in New England. “Jump” to the frantic beat of the disco in clubs and cabarets where LGBTQ revelers just “Don’t Stop Believin” that the fun will ever end. Ptown is a place where lasting memories are made year in and out if you just “Listen to Your Heart” and, never be “Alone” or “Fade to Black.”

When “Heaven is a Place on Earth” echoed across the land, Provincetown had to be top of mind. Known as “America’s First Destination,” Ptown launched a nation when the Pilgrims landed in the harbor and inked the Mayflower Compact in 1620. That trailblazing spirit continues today with a yearly calendar of fairs, festivals and celebrations, as personal as the first same sex marriage and as monumental as Carnival under the Pilgrim Monument. It is no wonder that Trivago has named Provincetown as America’s #1 Place to Stay in 2016.

“Carnival is a time where quaint homes, boutiques and inns don decorations to carry out each year’s theme and this year we imagine “Love Shacks” or “Funky Towns” during a week when individual and group costuming rivals those of Rio and New Orleans. More than a few Madonna impersonators are likely to be seen this year as 80’s fashion, culture and music fuel the street scene,” said Tony Fuccillo, Provincetown’s Director of Tourism.

END_OF_DOCUMENT_TOKEN_TO_BE_REPLACED

in News from the Tourism Office /by lduarte

Provincetown is layered and textured, and seemingly shifts on an hourly basis. If magic is the disorientation of common expectation, this place has some.

As a kid, I fell in love the delicate intricacy of Daucus Carota, commonly known as wild carrot, bird’s nest, and Queen Anne’s lace. And I felt entirely deflated when some adult told me it was a weed. I later learned that weeds are simply wild plants that defy human efforts to tame the plant kingdom. That allows me to again love Daucus Carota – maybe a little more.

Speaking of Art with Mark Adams

Recently I  had the chance to chat with an artist who also is a cartographer and geoscientist…someone who embodies a synthesis between the past and the present who will help create a vision of the future, Mark Adams… 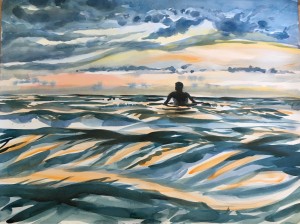 END_OF_DOCUMENT_TOKEN_TO_BE_REPLACED

The walk to Herring Cove is filled with many natural delights. But the beach’s threshold holds a final surprise. Provincetown people have always made good use of the materials that wash ashore, and the sculptural forms that punctuate Herring Cove’s shoreline are just the latest manifestation of this long tradition.

After an informal start the previous summer, on the front porch of Hutchins Hapgood and Neith Boyce’s home, the summer of 1916 launched the Provincetown Players at Lewis Wharf. The Provincetown Players had a short run, both in Provincetown and in New York City, essentially dissolving in the early 1920s. But the resonance of their efforts lives on. They changed the face of the American stage. And, in Provincetown, they showed us that all sorts of performance might be layered onto our landscape.

Imagine cozy fireplaces, vintage bathtubs and natural sea salt scrubs, locally commissioned art, and honey poached pears for breakfast served on antique china. It’s impossible to have a bad time in Provincetown if you are staying at the Salt House Inn or Eben House, both run by David Bowd and Kevin O’Shea, a talented partnership who have extensive experience in design and hospitality.
The Eben House, built in 1776 by Captain Eben Snow, is a Federal-style building with a history that inspires every thoughtful detail. You won’t find any plastic lobsters or cliché seashell décor here in these award-winning hotel chains, but you will be blown away by the nonintrusive hospitality complimented by a sense of artistic authenticity. The Design is Stylish and Charming yet Inviting and Comfortable.
For Salt House Inn,  the 19th-century building was originally comprised of cottages for salt mine workers (hence the name) and evolved over the years into a guesthouse. The focal point of each whitewashed guest room is a signature ‘wall of curiosities’—curated collections of vintage art and found objects that reflect the flavor and heritage of the region. All rooms offer spacious bathrooms with spa-like amenities, i.e. walk-in showers and rain shower heads. Natural bath products to round out the experience. The breakfast room hosts guests every morning for a gourmet feast of homemade pastries, savory treats, yogurt, and granola prepared fresh daily. The newly landscaped grounds offer al fresco dining, an outdoor lounge, and a large second floor sun terrace.
END_OF_DOCUMENT_TOKEN_TO_BE_REPLACED

in Buzz Ptown /by lduarte

Speaking of Art with Laurence Young

Amid the craziness of the world in  a little town  on the tip of Cape Cod and on a small tropical Island  some Artists have began a dialogue of Art, Music and Life….It is through camaraderie like this that our lives and world will be changed ,and I feel it will be a change for the better.Recently I had the chance to chat with one of the Artists who are helping to make that change…Laurence Young 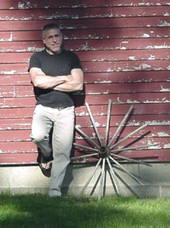 How did you come to know Cuba?
I have always been curious about Cuba and its historical place and relevance to The United States. I was also fascinated by the stories from the 50’s of its glamorous nightlife and the underworld activity that drove the economy of Cuba. Then one day I picked up the book, “Before Night Falls,” by Reinaldo Arenas and suddenly it was the plight of the Cuban people that took hold of me.
END_OF_DOCUMENT_TOKEN_TO_BE_REPLACED

Coffee with Christine Horovitz: Owner of Provincetown’s Kiss and Makeup

Kiss and Makeup, Provincetown’s makeup, skincare, and fragrance store, has been a shop favorite for locals and tourists alike since 2012. Christine Horovitz’s shop fills the independent beauty niche perfectly. Upon entering the shop, you’re greeted by Christine or by one of her immensely helpful employees, and shelves of curated products by brands you may have never heard of. That is what makes shopping at Kiss and Makeup such a unique experience – you will leave having learned so much about your personal beauty needs, and in hand have indie products that none of your friends will own! It’s a win-win.
END_OF_DOCUMENT_TOKEN_TO_BE_REPLACED